We're All Searching for a Dinosaur 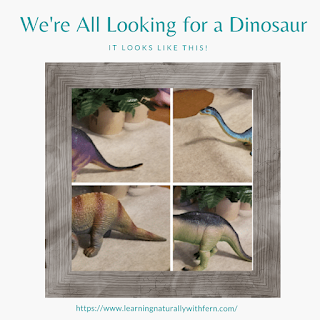 Children love to play hide and seek games and we play them every way we can think to play them.
This week we were talking about Dinosaurs. I had a two day Family Literacy workshop as well this week and one of the male attendees asked us to explain why dinosaurs are so fascinating to children. That made me wonder as well. Maybe it is the fantasy part of them…that because we can’t ever see them in real life, they don’t actually feel real. Maybe it is the largeness of them, the strangeness of them. Whatever it is, they continue to be a delight to children everywhere.
I took pictures of large model dinosaurs on our play table and deliberately cut off portions to make the game harder. Keep in mind that I work with a multi-age group of children (the best mixture in my opinion) and so some of the cards will be easier. There are four in the picture as an example.
The children came into the center together and were given a card. They learned that they had to find their dinosaur and to leave any others they found for the child who had that card. It went very well…every child finding their dinosaur to take to circle time.
What I didn’t anticipate was the way the older children would take a younger child and help them. Their words were encouraging. They would direct them to the side of the room that they needed to be looking. They encouraged until the dinosaur was found and congratulated them when there was a successful outcome. I thought that would be my role but I was happy to step aside and allow my little citizens to be their awesome, authentic selves.
This activity could be used in so many teaching opportunities and with so many different objects. I would love to read how you would use it. I would love to hear your creative ideas as well. 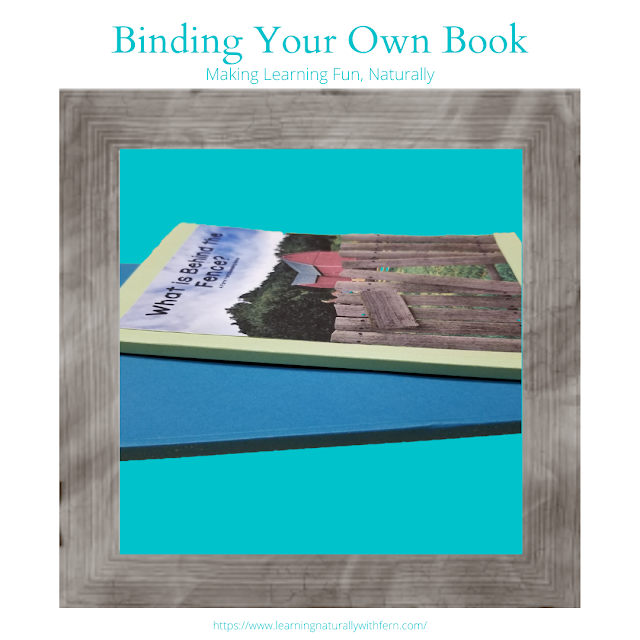 Simple Book Binding for the Classroom 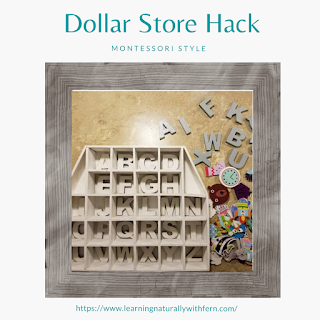